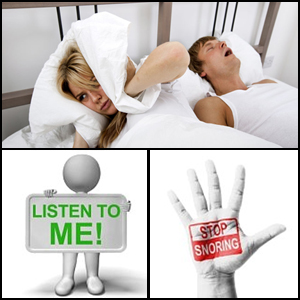 I have been in the business of leadership development, change management, and executive coaching for quite some time. Through the years, I have often heard CEOs, senior leaders, managers, supervisors, teachers, wives (including mine), husbands, fathers, mothers, mothers-in-law and fathers-in-law (mine included) as well as sons and daughters (including my own) say something along the lines of “I don’t know how many times I’ve told you that you should do this or that, but you just don’t get it,” or “you just don’t care,” or “you just don’t listen,” or “it’s hard for me to understand why you are so stubborn, and I don’t know how to get you to listen to me and change.”

Ask yourself, how many times have you used a statement such as, “You need to change for your own good,” or “If you would just listen to me,” or “How many times have I told you to stop doing that.” Last week, I was sitting and having a conversation with a successful, small business owner and friend. In our conversation, she complained about her employees and proceeded to say, “I have been telling them to do it this way but nothing happens, and we deal with the same quality issue over and over again. What is it that I’m doing wrong? Why can’t they just change?” In the middle of the conversation, I found myself disengaging from the here and now and thinking back to a similar situation in my own life where I was the “cause” of the complaint.

I could hear my mother saying “Jaime, why don’t you finish your homework before you go out to play,” or a teacher saying, “Why can’t you just sit still for a minute,” or my friend telling me, “Just listen before you give me your opinion.” All simple requests but underlined with much more complex meaning which really translated to, “Why aren’t you someone who responds or behaves according to my needs, my desires, or my expectations?” Granted, that these requests were reasonable except that as a youngster, I was rebellious, impatient, hyperkinetic, and paid little attention to details (actually, I had undiagnosed ADD).

How often is it that we find ourselves disappointed when people just do not do what they are supposed to do whether at work, at home, at school, at church or temple, or while driving, etc. I think about all the lectures, seminars, and classes that I have attended, the professional degrees that I have obtained, and the number of self-help books that I have read—all in order to find answers to some of the deeply ingrained issues from my past as well as to acquire the skills and tools for me to help others deal with their own personal challenges (and everyone has them) and “their need to change.”

I personally don’t believe in changing someone else. The title of a book, “Do I Have to Give Up Me in Order to Be Loved by You,” which I read some twenty years ago, comes to mind. What’s important is that “you don’t have to give up you to be loved, accepted, valued, and recognized by others.” The only thing I can do is manage my tendencies and my excesses and help others to do the same, so they can have successful work relationships, fit in a group, advance professionally, and maintain an intimate love relationship.

Managing your tendencies, your excesses, and the “shadow” within you is not easy and by no means am I suggesting that you hide them. I truly believe that most people have the thinking capacity to manage their natural tendencies when those tendencies are an obstruction or get in the way of a desired outcome. I would like to share a personal story which I hope might be of help on how to manage personal blind spots. It is somewhat of a long story but it is a way to remind us all that we can often learn about managing our own tendencies, excesses, or disruptive blind spots by reflecting on events in our daily lives. Hope you enjoy the story.

For some time, my wife has been telling me, “Jaime, your snoring is getting so loud that it has become impossible for me to get a good night’s sleep.” Obviously, I could not agree with her as I have never heard myself snore (denial). Only old, obese, or sick people snore—so, it can’t be me as I’m not obese, I’m not that old (wishful thinking) and I’m not sick (as far as I know). One day, she asked me to come into our bedroom and listen to an app on her smart phone entitled “Snore Recorder.” She turned the application on and I noticed 10 different dates of recording, which were the dates that my wife had been monitoring my sleeping habits. She proceeded to press the playback button and the first thing I saw on her smart phone screen was a graph that showed little yellow dots. I asked her, “What are those dots?” and with a smile on her face she said, “Snoring Events.” My next question was, “What is the number 1287 below the graph?” She answered, “They are the number of snoring events during your six hours of sleep.” That meant that I snored over 200 times an hour!

Then, still with a smile on her face, she pressed the upper left side of the screen and I heard these sounds that reminded me of lions in the Serengeti—they were loud and completely foreign to me, and I could not recognize that it was me snoring. I was still denying the evidence. My wife proceeded to have me listen to the prior night’s recording. In order for me not to deny what I was hearing, she increased the sensitivity of the recorder so I could hear other sounds that I know are part of our nighttime environment, such as my dog shaking his head and flapping his ears. At this point, the evidence was compelling and overwhelming. I had to address my blind spot: I SNORE AND I SNORE VERY LOUD.

The following morning I made an appointment with a “sleep” specialist, and a week later I was diagnosed with mild sleep apnea. If my sleep apnea was considered “mild,” I wonder what it would be like to sleep next to someone with “severe” sleep apnea. The following week, fully aware of my snoring behavior, I attended a clinic on how to use a CPAP machine. I left the clinic with my new nighttime companion complete with mask and all its tentacles. For six months, I tried to get along with my new companion but I just could not. Every time I moved, the attached tube would resist, and every time I needed to go to the bathroom, I had to unplug and then plug myself back in. Too much effort and not very self-rewarding—my wife slept like an angel while I struggled with my CPAP companion. At this point, I looked online for the best ear plugs in the world and those that are used by people working in extreme noisy environments. For forty dollars and some nice flowers, I had solved the problem—by “passing the buck” to my wife.

She was not a “happy camper” for the following months. She could not hear her alarm in the morning and it became my responsibility to wake her up. Often, because of my sleep disorder, I overslept or did not react to the alarm which caused her to be late to her physical therapy practice where she had patients waiting for her. Obviously, this solution wasn’t working, and I needed another one for my condition. One day, talking to my son-in-law, he mentioned that he also suffered from sleep apnea and that he was using an oral appliance, so I got the name of a dentist who specializes in sleep apnea and within two weeks, I had my new mouth device and a way to manage my loud snoring. Now, my wife could feel better and get a full night of restful sleep.

Lesson One
People don’t change because they are told to do so. Often, telling someone to change something in his or her behavior comes with an implicit judgment that triggers a defensive response from the other person who often interprets the “telling” by using a deeply ingrained program that translates the message into: “I’m not good enough, I don’t belong here, it’s not my fault, or I’m being attacked.” In my case, I felt I that I was an annoyance and an inconvenience to my wife for something I was doing that I was completely unaware of.

Lesson Two
If there is no awareness of the blind spot, the suggestions to change fall on an empty or defensive ear. “I don’t snore, I never heard about my snoring before,” or “My wife is just picking on me.” Often, feedback is questioned or denied if it is not corroborated by others or if there is no proof.

Lesson Three
Without ownership, there is no impetus for the other person to manage his or her tendencies, patterns, or behavior that he or she is “accused” of doing—“Snoring, who me…no way.”

Lesson Four
A powerful feedback intervention is often required to gain awareness and ownership from the other person regarding the behavior, tendency, or problem that needs to be managed. My wife’s taping of my snoring for me to listen to and then seeing the charts and the number of snoring events (over 1,200) during the previous night as well as the second recording that validated the authenticity of the first recording were all crucial for me to be motivated to do something about it.

Lesson Five
In order to manage my behavior, I needed the guidance of a third person to help me figure out how to manage this behavior, tendency, or problem. So, I went to a sleep specialist who diagnosed me as suffering from sleep apnea and who directed me to the tools that would help me to deal with “MY” problem. In this case, he recommended a CPAP machine and I took the training on how to use it.

Lesson Six
If managing the problem or excessive behavior requires more investment or effort than the perceived value or return that we get, then it makes the effort unsustainable. After six months of not sleeping, having to fight with the CPAP tubing as well as plugging myself in and out of the machine every time I needed to go to the bathroom made the experience very difficult for me to sustain.

Lesson Seven
Avoid “passing the buck” and find other ways to manage the behavior or problem. Although it made it easier for me, “passing the buck” to my wife created collateral problems for her and only dealt with the “symptoms” of the problem. It infused more tension into our relationship and still did not address the root cause which was my sleep apnea.

In summary, if someone expects another person to change because they say so, it is important to be mindful of the complexity of the request and the process that the other person is required to go through in order to manage his or her blind spots or excesses. And, remember, in the middle of the night when you are awakened by the snoring of your significant other, telling him or her to “stop snoring” just doesn’t work.