This is a guest post from a colleague of mine, Stephen Wagner. Stephen is the Director of Operations at Katie Wagner Social Media, a marketing agency that we currently use here in Orange County, and I asked him to write about an experience he had while working on a team. 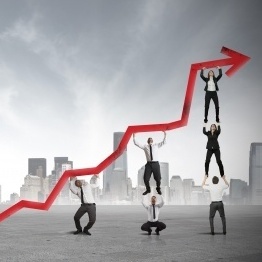 At one point in my career, I worked for a large coffee retailer in operations management. The company was known for its great culture, great benefits, and innovation in the retail sector. Additionally, they offered a management training and development program that was one of the best in the country—it was a great fit for me in many ways.

As a manager of one of the company’s stores, I ended up working with two separate teams. The first team was the one I had hired and trained to run the store and provide customer service, and the second team was a team of my peers—other store managers in my area with all of us reporting to the same manager.

The difference in the two teams was remarkable. On the one hand, the team of managers was focused almost exclusively on the “numbers.” We talked about budgets, reaching our goals, maximizing profit, and minimizing expenses. We reviewed balance sheets, profit and loss statements, and inventory reports. On the other hand, the team of employees was focused on providing excellent customer service. We welcomed our guest customers to the store, handled their orders, had conversations with them, and always tried to create a warm and friendly environment.

I was expected to be the “bridge” between the two teams—take the financial goals and exceed them by providing excellent customer service. In my opinion, one of the teams was much more successful than the other. Key factors that greatly influenced the success were the way team members interacted with each other and how the goals for the team were structured.

Let me start with the team that didn’t work, which was the management team. We only met once a month and only discussed financial goals. We did have goals as a group, but we were much more focused on our “individual” store goals rather than the goals of the team. There was very little collaboration and zero opportunity in our schedule to help each other out. In addition, because our stores were so close in proximity, the success of one store often meant that another store was losing business. There was a “set” customer base that more or less went where the customer service was best. Although we had very clear financial goals and all of us were supposed to be on the same team, there was a real lack of support between us as peers. In fact, we really didn’t want others to exceed their goals, because it might be at the cost of our own.

The team that was more successful was the store level team, which provided customer service. Ironically, I thought this would not be the case since this team’s job involved so much of the softer side of the business. How do you hit financial goals by doing nonfinancial activities? Well, the store level team did hit its financial goals and it worked because every person on that team was striving for the same goal. They worked together and helped each other when they needed to. They collaborated on creating the ideal customer experience. The success of one person did not come at the expense of another. Although many of these employees didn’t know the first thing about financial statements or what the profit margin was, they knew that if they provided excellent customer service, the sales and financial success would follow.

In retrospect, I often think about the dichotomy between the two teams to see what key points I can learn. Why did one team work so much better than the other? Was it simply the people on one team? Was it the organization of the team? Was it the communication of the goals? After analyzing the two teams, it can be construed that they were extremely different in many ways. From a sports analogy perspective:

—The team of employees behaved more like a soccer team where everyone relies on each other. They were interdependent and collaborated with each other. Furthermore, they were rewarded when the store succeeded and not necessarily for their own individual achievements.

—The team of peers was more like a tennis team. Each individual was there to win individually, even though they were all part of the same team. We were given a much better reward if our particular “individual” store performed better than the group. We were very independent and even competitive with each other.

In the end, the successful team focused on people and the unsuccessful team focused on metrics. Although that might be a simplistic way to view business, I think that keeping people and teamwork a priority—whether it’s for a team of entry-level personnel or a team of executives—will allow you to motivate a team towards achieving its financial goals and subsequent success.