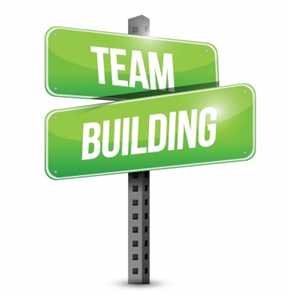 Recently, I read an article in Newsweek entitled “Inside the Company That Bungled Obamacare.” The author described the nature, culture, management history, and philosophy of CGI Federal, the U.S. subsidiary of the Canadian-based CGI Group, who were awarded the contract and had the daunting job of building the federal online insurance marketplace—a large, complex website intended to help millions of Americans obtain health insurance that, as we all know, failed and caused tremendous loss of credibility for the President and the Affordable Care Act. The article started by describing a two-day event of CGI senior management at the luxurious Nemacolin Woodlands Resort in southwestern Pennsylvania. During the event, PowerPoint presentations were made that celebrated the phenomenal success of the company, their big profits, and its bright future.

The article continued, “The fun came during a team-building exercise following a boozy lunch in conference rooms not far from the hotel’s Lady Luck casino. Managers were split off into small groups and asked to solve math-laden riddles. For each correct answer, they received a bicycle part. The goal was for the teams, around 20 or so, to assemble children’s pink and blue bicycles, then race their tasseled bikes up and down the carpeted corridors of the hotel. “People were riding these bikes drunk through the hallways of the resort,” recalls one former manager who attended the event, while others were “duck-walking” the children’s bikes, which were too small for most adults to sit on. Amid “a lot of hooting and hollering,” the manager recalls, the hotel staff was laughing. “Some people were bombed out of their minds until 2 a.m. It was greed and opulence, and it was on the taxpayers’ dime.”

As I was reading the article, I felt angry and it reminded me of the June 2013 IRS Team Building event where 4.1 million taxpayer dollars were spent with no clear purpose except to have fun under the umbrella of Team Building. I have been an OD practitioner for 40 years and I consider the term Team Building as one of the key group interventions we use to improve teams and the performance of organizations. Throughout the years, I have witnessed how the term Team Building has become a misnomer to describe organizational events geared to celebrate, often in excess, an accomplishment or a milestone or as a way to “put on the company’s books” the money spent to celebrate the birthday of a narcissistic CEO. It has also become a term that is used to describe going out as a group to drink and have a good time under the assumption that going out, drinking, and having fun is a way to build a team or somehow contributes to the successful improvement of a team’s performance.

What would Bill Dyer, Robert Tannenbaum, Richard Beckard, Ronald Lippit, and all of the pioneers of the OD field have to say about this? Team Building is a serious organizational intervention that Bill Dyer described as “A process or program whose purpose is to help the work unit engage in a constant process of self-examination (data gathering) and to continually be aware of those conditions (internal or external) that keep the unit from functioning effectively. Having gathered the data, the group learns how to use it for making decisions, and then takes those actions that will lead to a growing state of health and effectiveness.” The process may involve all kinds of learning experiences that are geared to gain better understanding of the group dynamics, to improve the level of trust among group members in order to engage in meaningful conversation, to solve conflicts among members, to clarify roles, to reach alignment, and to understand interdependencies among members. At times, games are used to bring out a destructive group dynamic or individual leadership style that the group fails to recognize or understand and that may be hindering the health and effectiveness of the team. All activities, games, films, or questionnaires used during a Team Building event are geared to enhance the effectiveness of the team within the context of the organization.

So, every time you hear someone referring to or using the term Team Building or Team Development, make sure that they mean what they say. Do not allow the credibility of the Organization Development field and its practitioners to be compromised by the misuse of the words Team Building.

Want to learn more about how ExecuQuest can help your organization with Team Building?  Please contact us.

Good presentation of some important ideas. We often fail to look at the costs of a lot of “training” we do and executives will often desire to do things that they WANT to do, like calling “golf” a team building exercise and go out for half a day at a country club “building teams and discussing ideas to improve corporate results.” (I’ve been on some of those junkets and little business gets discussed during those hours). And another annoying time waster are the icebreakers, that might take 20 minutes of 30 people’s time and actually be designed NOT to have any relevance to the business — “let’s have some fun and ‘warm-up’ our brains!” Seriously? My brain needs warming up playing Sticky Beak or Who’s Shoe?

Team building, real organizational and personal development, is a critically important part of generating improved results. Why do we screw it up so much?

Scott,
I feel the same way as you do about games and exercises. Sometimes they are a waste of time and money. Other times, where I do find them useful, is when they are used as a metaphor to reflect the team dynamic and the issues that they may be struggling with. This process may help the team to look at their issues with openness and from a different perspective and allow the team to engage in a more meaningful and less defensive conversation in order to address what may be perceived as unspeakable issues.
Jaime