Sabotaging the Success of a New Hire 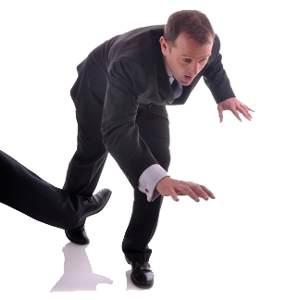 Hiring managers in organizations may recruit talent based upon criteria that often does not represent the reality of the organization and can actually sabotage the success of a new employee.

Most companies develop a list of success factors or aspiring values which drive the decision making during the selection process. When assessing talent for our client organizations, we insist upon spending time understanding and, in some ways, gauging the environment in which the new hire is going to be working. In doing so, we can evaluate the consistency between what the Talent Acquisition Function and/or Hiring Manager is telling us and the fundamental requirements that the candidate needs to have in order to be successful in the company and in their job. Often, we have found that this criteria is based upon a theoretical model and not upon what is actually valued and observed in the company or within a given department or group. We hire, based upon what business theorist, Chris Argyris, describes as, “the espoused theory versus the theory in use.” This subtle but very significant difference has a great impact upon the success or failure of the new hire.

To illustrate my point, I would like to share a recent experience that we had with one of our clients. They asked us to assess a candidate for the role of Chief People Officer. The success criteria was defined by the CEO as follows: “The candidate has to be an independent thinker with very strong critical thinking and abstract reasoning skills and possess the resilience to overcome failures. They need to be a systemic thinker who, at the same time, has the emotional intelligence and leadership skills to develop a strong HR executive team so they can foster the credibility of the department throughout the company. They need to be creative and be able to think out of the box. I need to make sure we hire a true change management leader.”

After conducting pre-hire assessments and in-depth interviews, we identified two very strong candidates both of whom had a substantial career in HR as well as experience in the role of Chief People Officer. Of the two candidates, the client selected the only minority—a perfect fit based upon the criteria set by the CEO. Within two years, we received a phone call that our coaching services were needed to help the Chief People Officer who, according to the CEO, was failing miserably. As part of the coaching process, we conducted a verbal 360. During our interview of the CPO, we sensed a high level of frustration from him. He felt disrespected and devalued by the CEO, and he described the CEO as narcissistic, condescending, someone who always thinks he has the answers and the best ideas, and someone who is somewhat discriminatory towards people of color and women. At first, we thought that the CPO was being somewhat defensive but as we continued our interview process, the same description of the CEO’s style became a pattern. When we interviewed the CEO, it all became very clear. He was, in fact, someone who needed to be the “centerpiece” of the company. He had a very strong need to be right and he was not very open to suggestions. As part of shadowing the CPO during an off-site meeting, we witnessed the most extreme expression of self-centeredness when the CEO took “center stage” for the entire two days—lecturing, posturing, and asking for suggestions only to immediately invalidate them.

Interestingly enough, the theme of the off-site was “Focus on Diversity and Associate Engagement.” The CEO’s conceptual message was very compelling and inspirational, but his behavior was completely opposite to what he was saying. When we further explored the characteristics of his senior team, we realized that most of them had master’s degrees from top tier universities such as MIT, Harvard, UC Berkeley, and the Kellogg School of Management, and that they were all very capable individuals and business executives. Once we had completed our data gathering, we found ourselves questioning what would be the right coaching approach or intervention. We realized that the CEO surrounded himself with very competent, extremely bright, and independent executives in order to compensate for his somewhat distorted lack of self-esteem. In a subconscious way, he was sabotaging the success of his new CPO.

What would you have done in our shoes?

Want to stay connected to ExecuQuest?  We would love for you to follow our company page on LinkedIn.